Sustained Release T3 (SR T3): When to Compound Your T3 Skip to content 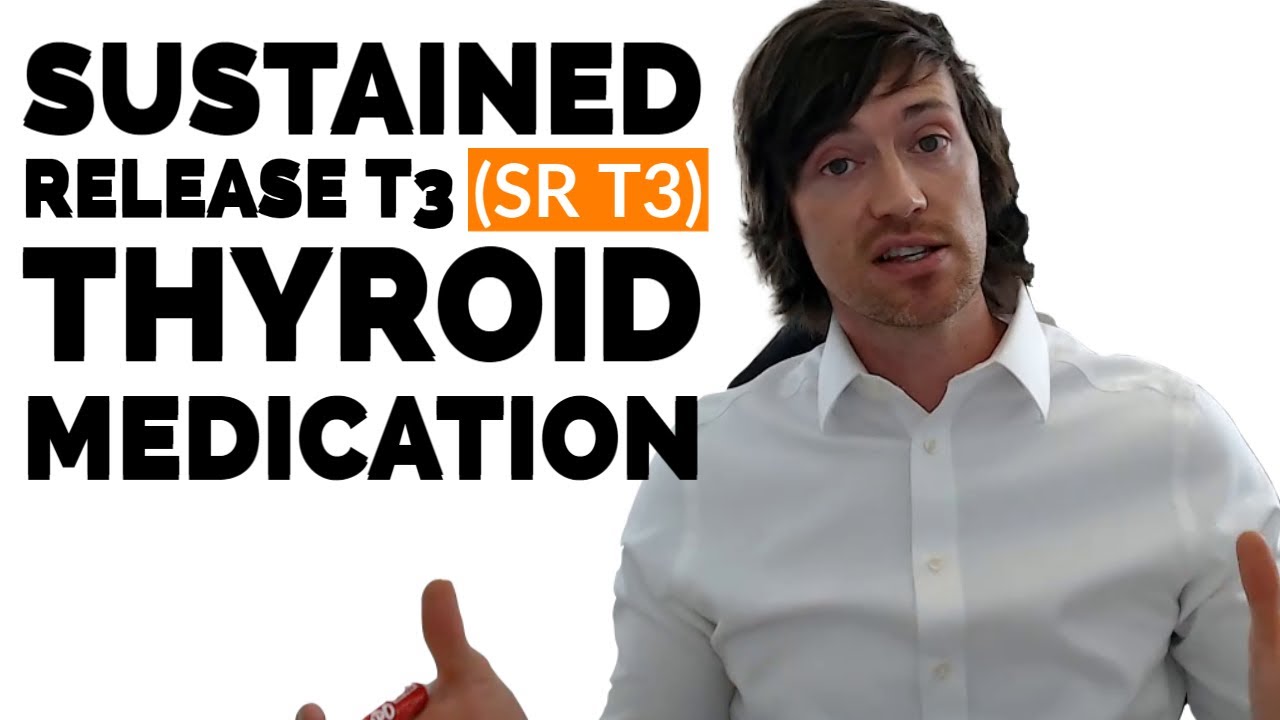 What is Sustained Release T3?

You probably already know that T3 is the single most important thyroid hormone in your body.

If you've spent any time researching then you probably ALSO know that you can take T3 as a medication and that MOST thyroid medications contain only T4.

But what you may not be aware of is that there are several different TYPES of T3 medications.

And the one we are going to focus on today is known as sustained release T3.

If you have sluggish thyroid function, for any reason, you should be aware of this medication.

Because using T3 (in any form) bypasses the normal thyroid conversion process and provides your body DIRECTLY with the T3 that it needs to function.

Sustained release T3 (abbreviated as SR T3 in this post and elsewhere on the web) refers to a special type of thyroid medication.

SR T3 is bound to a specific ingredient which delays its absorption in your intestinal tract and provides a slow and steady absorption of T3 throughout the day.

And this delayed absorption matters quite a bit (for some) which is what we will be talking about today.

Calculating these ratios is important because it can help you determine if your efforts are on the right track and whether or not your medications are working.

But first, you should understand the difference between immediate release T3 (referred to as IR T3) and sustained release T3 (SR T3).

Believe it or not, we really don't have standard nomenclature for the various types of T3 which are available (probably because many doctors are afraid to use either).

For purposes of this article, and just to set the record straight, I've split up the types of T3 available into 2 groups:

There are really only two groups and 3 types of T3 medications.

Yes, there are other medications which contain T3 in them but here we are talking about PURE T3 or T3 only thyroid medications.

For this discussion, we are going to focus primarily on sustained release T3 but I want you to at least be aware that there are other types of pure T3 medications.

You can learn more about immediate release T3 (Cytomel and liothyronine) here.

Multi Dosing T3 Throughout the Day

Many people have the belief that if you want to take T3, in any form, that you really need to be taking it multiple times throughout the day.

Even though this idea makes logical sense, I completely disagree with it when it comes to practical application.

T3 thyroid medications are rapidly absorbed and utilized by the body.

T4, on the other hand, stays in your system for weeks and weeks whereas T3 stays in the body for only hours.

If you want to keep your T3 levels high then you must take smaller doses more frequently throughout the day.

All of these statements are true but there's only one problem:

The blood level of your T3 is not important. What we care about is whether or not that T3 is getting into your cells to activate nuclear receptors (1).

And, it turns out, you don't really need to multi dose your medication throughout the day to get this stimulation.

BUT... there is one reason you may want to multi dose throughout the day and that has to do with sensitivity to T3.

Some people, for various reasons, are extremely sensitive to even small doses of T3.

So if they take one large dose per day they may react with anxiety/tremors/jittery sensations, and so on.

These people MAY benefit from multi dosing.

SR T3 sort of takes this problem away by delaying the absorption of your T3 and normalizing it throughout the day.

So even if you are taking one large dose in the morning, that dose isn't hitting your system all at once.

Instead, you are getting a slow release throughout the day.

I don't find it necessary in most cases to multi dose SR T3 though it may be necessary for IR T3.

How do you get Sustained Release T3?

Sustained release T3 is unique among thyroid medications in that it can only be formulated and produced by a COMPOUNDING pharmacy.

Basically, these pharmacies give you MUCH more control over the medications you are taking.

And the only way to get SR T3 is through these types of pharmacies.

The reason is simple:

Immediate release formulations of T3 such as Cytomel (2) and liothyronine (3) come preprepared in terms of their inactive ingredients.

This is typically done with ingredients such as methylcellulose.

Methylcellulose is difficult to break down (4) by your intestinal tract which means that your intestines have a harder time getting to the medication found in the capsules/tablets you are taking.

Who should use Sustained Release T3

I should point out that while I am a fan of SR T3 I typically prefer to use the immediate release version of T3 because I think they are more powerful and easier absorbed.

Having said that, there are still certain types of people who do much better on SR T3 compared to the immediate release versions.

If you fit into any of these categories then you are likely someone who would benefit from SR T3:

I can probably simplify this list by saying that if you have failed IR T3 for any reason you may want to try SR T3.

You would be surprised at how many people tolerate SR T3 compared to those who do not tolerate IR T3.

The reasons can be endless, but I've listed several above.

Also, you don't always need to start with IR T3 before swapping over to SR T3.

It's perfectly fine and safe to start with SR T3 if that is your preference.

Perhaps the main downside is that in order to get a 'sustained release' version of T3 it must be bound to something that is somewhat hard for your intestines to break down.

What this does is act to REDUCE or SLOW DOWN absorption in your intestinal tract.

What ends up happening, though, is that certain individuals have a much more difficult time compared to others in breaking down the medication.

What does that mean to you?

It means that it can really be difficult to nail down your dose.

It also means that you can't really switch from immediate release T3 to sustained release T3 in a milligram to milligram conversion.

The absorption variability can be as much as 50% in some cases.

Let's use an example to drive this home:

Let's say that you are currently using something like 10 mcg of Cytomel or liothyronine.

It's working well for you but you are experiencing heart palpitations so you want to try and get SR T3.

Instead, you may need as much as 20mcg of sustained release T3 to ensure that you are getting the same 10 mcg dose you were getting before.

This is because your intestinal tract may not be able to break down the binding materials which hold onto the T3 ingredient.

Ultimately, you may lose some of that T3 in your stool without it ever being absorbed.

This is probably the single biggest downside.

Another downside has to do with the cost of the medication and the fact that it can only be obtained from a compounding pharmacy.

You will NOT be able to walk into a CVS or Walgreens to get sustained release T3.

Instead, you will need to have the medication specially prepared by a compounding pharmacy which means you may have to do the legwork to FIND that pharmacy as well as a physician who is willing to prescribe SR T3.

These are really only minor downsides, though, when you look at the bigger picture.

SR T3 is far more beneficial than it is harmful and is typically easier to dose compared to immediate release version of T3.

Sustained release T3 is a great T3 only thyroid medication which provides a ton of benefit for thyroid patients.

I believe that MOST thyroid patients do better when they include some T3 in their thyroid medication regimen.

This doesn't mean you need to take ONLY T3 (and leave out the T4), though that is an option, but instead that you may benefit by ADDING T3 to your existing medications.

You can combine SR T3 with your existing levothyroxine/Synthroid dose to obtain the benefits that T3 thyroid hormone provides.

Are you currently using SR T3?

If so, why are you using it? Did you experience problems with IR T3?

If you are considering using it explain why!

Leave your comments or questions below! 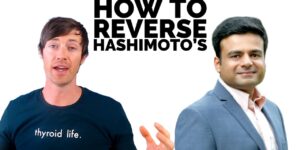 Hey! I'm Westin Childs D.O. (former Osteopathic Physician). I don't practice medicine anymore and instead specialize in helping people like YOU who have thyroid problems, hormone imbalances, and weight loss resistance. I love to write and share what I've learned over the years. I also happen to formulate the best supplements on the market (well, at least in my opinion!) and I'm proud to say that over 70,000+ people have used them over the last 6 years. You can read more about my own personal health journey and why I am so passionate about what I do here.